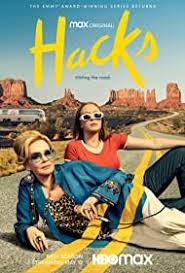 Season Two picks up where Season One left off. In the meantime, Jean Smart won an Emmy for her portrayal of Deborah Vance, the Vegas comedienne. Ava takes to the road with Deborah to attempt to hone a new type of routine for Deborah which turns out to be more difficult than hoped. Eight short episodes. Lots of fun and...Love the tour bus...only if you're Deborah that is. Hints that there may be another season but not a sure thing!