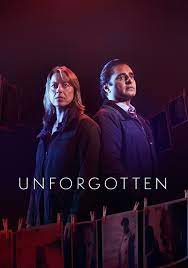 Cassie and Sunny are English detectives who frequently are charged with solving "historic" murder cases from 20+ years before.  4 Series to date.

Masterpiece Theater showing currently on PBS in the US. Four series with the current series half way through. Cassie is the chief detective and Sunny her # 2 both heading a team of detectives which over 4 series have been involved in solving "old" murders. The toll is clear on them as officers as well as the families of the victims...once identified. Each series is of 6 episodes of 270 minutes. Initially, it is usually necessary to figure out who the victim was as their bodies has been missing for many, many years. Fascinating stuff. I have seen all available episodes and cannot wait for the next one. Most available through various streaming options.