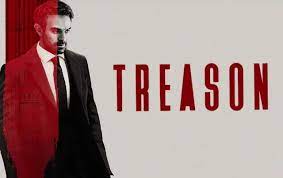 Adam Lawrence becomes Chief of MI6 after his boss is poisoned.

On Netflix, 5 part series. Set in London, the Chief of MI6 is poisoned by a former Russian agent. His Number 2, Adam Lawrence, becomes Chief while he recovers from the poisoning. Lawrence is a younger man with a family who is quickly enveloped in a difficult scenario during which his daughter, Emma, is kidnapped. This series kept my interest; however, upon reflection I am troubled by a few things. First, his second wife interfers with his work and informs on him with a CIA Agent. Really? His daughter, almost immediately ditches her bodyguard and is immediately kidnapped. Dumb! He never shaves(okay I know days old growth is in, but he is the head of MI6). The security around the building in which the British Government Security oversight meets has bad security! Finally, the ending is troublesome. Never-the-less, I did enjoy it but think the writing was not quite precise enough. Oona Chaplin, named after her grandmother, is the granddaughter of Charlie Chaplin and daughter of Geraldine Chaplin(Doctor Zhivago).