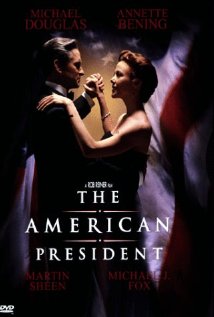 Who wouldn't fall in love with "this" President? One of my favorite romantic comedies/dramas. If you are a woman, you will be drawn into the romance between the widowed President played by Michael Douglas and a lobbyist played by Annette Bening. They play their roles well, but Martin Sheen often steals the show as the President's best friend and chief of staff. He later was cast as the President in West Wing and I cannot help feeling this movie had something to do with that. What a good choice he was. It is amazing to me how well the studios can reproduce the White House. I have been in the White House, of course not most rooms, and the films seem authentic!