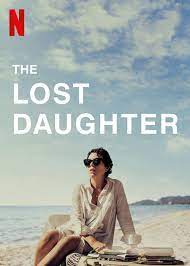 Leda, vacations in the sun while recalling her early life with her family and the changes which occurred.

Showing on Netflix, The Lost Daughter stars Olivia Colman and Jessie Buckley(as the young Leda) both of whom were nominated for acting Oscars. While the acting is good, the story is a strange one. We don't often see women making life decisions completely selfishly without regard to their children/family. In addition, the older Leda does some incredibly strange things...because she wants to. I found the story strange. I also did not recognize Dakota Johnson with clothes on. She was believable as the mother of a small child but married into a crime family of some kind. The ending is a puzzler. Online, there is wide debate about the meaning!