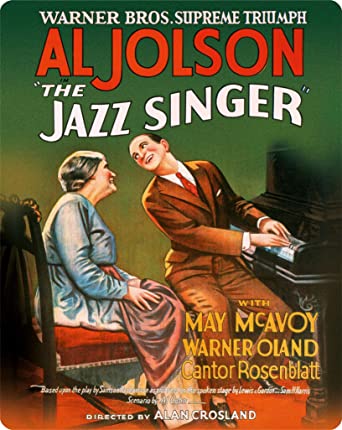 Imagine seeing a "Talkie" for the first time in your life. The action and the dialogue happen together. After a lifetime of music played in the theater while the silent film plays, what an experience! Al Jolson plays the son of a Cantor who decides not to follow that career but to pursue his career as a jazz singer. Yes, there are some politically incorrect scenes, although not considered so generally at the time. Truly a marvel. Of note, the Academy Awards began two years later in 1929, but in that year, this unique first "talkie" received a Special Oscar.