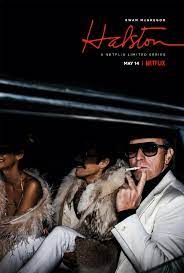 Fascinating look at the rise of Halston, played here wonderfully by Ewan McGregor. Halston began life in the Midwest and rose initially as a hat designer-Jackie Kennedy wore his pill box hat to the inauguration. When hats became less than stylish, he pursued fashion writ large. His personal life is tumultuous and his relationship with Elsa Paretti and Liza Minella are also fascinating. If you are not old enough to remember Halston (Roy Halston Frowick) then you really must see this mini series. I know someone who went to a cocktail party in his home and said it was just a tremendous as it looks in this series.