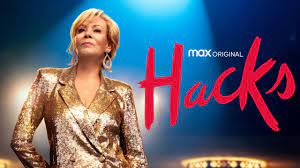 Jean Smart shines as Deborah Vance a sixty something stand up comedienne who has logged 2500 shows as a Headliner in Vegas at the Palmetto. Unfortunately, the owner of the casino wants to sideline her and she isn't having any of it. Ultimately, after mutual insults she hires down-on-her-luck, Ava who stumbled in Hollywood and has to take a job, any job at age 20. Is she an assistant, a writer, a companion? She is all. Pretty funny and nominated for 14 Emmy's. 10 episodes in first season at about 30 minutes each. TV-MA is more obscene than R for movies, so be warned!

This series has you on a roller coaster - laughing and crying .I ended up power watching after the first 2 episodes. The relationships of all the characters works so well together. Don’t miss this