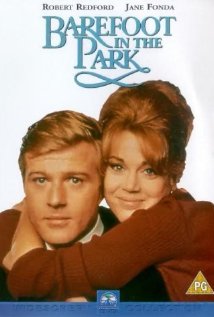 Barefoot In The Park

Jane Fonda and Robert Redford are newlyweds...madly in love. Then Redford goes to work and leaves his bohemian wife on her own in New York City.

Fonda plays an emotional, anything goes young woman who now finds herself married to a serious lawyer. Where is the Romance? Fonda looks fabulous as does Redford. You can watch it over and over....especially we women. I would love to have the clothes she wears in the movie even in the 21st Century!