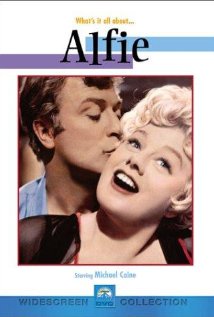 Playboy Alfie begins to see the results of his ways

Michael Caine's first big film and perhaps the one one for which I remember him most especially because I was in those impressionable years when I first saw it. Alfie, a big playboy, eventually begins to see the downside of his lifestyle after having laid waste to a great population of young women. The song Alfie was nominated as was Caine. Neither won but I can still sing all the words to "Alfie" written by Burt Bacharach and Hal David. A breakout film.