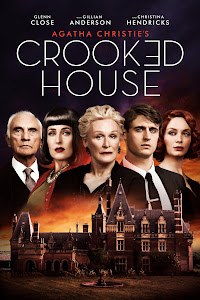 Little known Christie mystery starring several well known actors including Max Irons, the son of Jeremy Irons, Glenn Close, and Christina Hendricks from Mad Men. When the patriarch of the Leonides family dies at age 86, it is quickly discovered that he was poisoned. The granddaughter, Sophia, hires a former beau to investigate. Charles arrives at the very, very large estate to more or less conclude that they are all wacky, all have motives, and all could have done it. Never-the-less, I was still surprised. Recommend it for a good afternoon watch.